Gary Lawson is professor of law at Boston University Law School, and a former clerk for Supreme Court Justice Antonin Scalia. Guy Seidman is assistant professor at The Interdisciplinary Center in Herzliya, Israel. 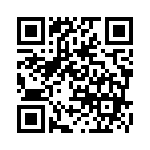