BERNICE E. CULLINAN is Professor Emeritus at New York University and past president of the International Reading Association. She is the author or editor of over 30 books including co-author of Literature and the Child (fifth edition), as well as co-editor of The Continuum Encyclopedia of Children's Literature, published in 2001, with a trade edition issued in 2003. She lives in New York City. Diane Goetz Person, Ph.D, is the co-editor of The Continuum Encyclopedia of Children's Literature as well as the author of several books on using children's literature in the classroom. A children's librarian and a professor of education at Long Island University, she was a member of the 2003 Newbery Committee, and serves on several other committees of the American Library Association and the International Reading Association. 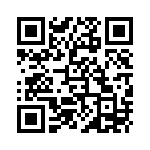