Philippa Koch is Assistant Professor of Religious Studies at Missouri State University. Her research and teaching center on religion, health, and society in early America and its global context. 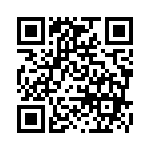