Read for the second time and still a wonderful epic Michener saga. Beginning with the early San peoples of the region and ending with the story of Apartheid, this covers the history of South Africa ... Read full review

South Africa is Michener's theme this time and he gives it his usual episodic treatment. The style is still competent, and there is stuff on the Boer war, and the modern pre-Mandela, apartheid state. Read full review

IT WAS THE SILENT TIME BEFORE DAWN, ALONG THE SHORES OF what had been one of the most beautiful lakes in southern Africa. For almost a decade now little rain had fallen; the earth had baked; the water had lowered and become increasingly brackish.

The hippopotamus, lying with only her nostrils exposed, knew intuitively that she must soon quit this place and move her baby to some other body of water, but where and in what direction, she could not decipher.

The herd of zebra that came regularly to the lake edged their way down the bare, shelving sides and drank with reluctance the fetid water. One male, stubbornly moving away from the others, pawed at the hard earth, seeking to find a sweeter spring, but there was none.

Two female lions, who had been hunting fruitlessly all night, spotted the individualistic zebra and by arcane signals indicated that this was the one they would tackle when the herd left the lake. For the present they did nothing but wait in the dry and yellow grass.

Finally there was a noise. The sun was still some moments from the horizon when a rhinoceros, looking in its grotesque armor much the same as it had for the past three million years, rumbled down to the water and began rooting in the soft mud, searching for roots and drinking noisily through its little mouth.

When the sun was about to creep over the two conical hills that marked the eastern end of the lake, a herd of eland came to drink--big, majestic antelopes that moved with rare grace, and when they appeared, a little brown man who had been watching through the night, hidden in deep grass, whispered a prayer of thanks: "If the eland come, there is still hope. If that rhinoceros stays, we can still eat."

Gumsto was typical of his clan, four feet ten inches high, yellowish brown in color, thin and extremely wrinkled. Indeed, there were few areas of his body that did not contain deep indentations, and sometimes within a square inch twelve lines would run up and down, with eight or nine crisscrossing them. His face looked like the map of a very old watershed, marked by the trails of a thousand animals, and when he smiled, showing small white teeth, these wrinkles cut deeper into his countenance, making him look as if he were well past ninety. He was forty-three and his wrinkles had been with him since the age of twenty-two; they were the mark of his people.

The clan for which he was responsible numbered twenty-five; more would prove too difficult to feed; fewer, too vulnerable to attacks from animals. His consisted of himself as leader, his tough old wife Kharu, their sixteen-year-old son Gao, plus assorted males and females of all ages and all possible relationships. The safety of this clan was his obsession, but at times he could be diverted. When he looked up to greet the sun, as he did each morning, for it was the life-giver, he saw the two rounded hills, exactly like a woman''s breasts, and he thought not of the safety of his clan but of Naoka.

She was seventeen, widowed when the rhinoceros now drinking at the lake killed her hunter husband. Soon she would be eligible to take a new mate, and Gumsto looked on her with longing. He realized that his wife was aware of his passion, but he had a variety of plans for circumventing her opposition. Naoka had to be his. It was only reasonable, for he was the leader.

His attention was deflected by a thunder of hooves. Zebra lookouts had spotted the two lions and had sounded retreat. Like a swarm of beautifully colored birds, the black-and-white animals scrambled up the dusty bank of the lake and headed for safety.

But the male who had seen fit to wander off, dissociating himself from the herd, now lost its protection, and the lionesses, obedient to plan, cut him off from the others. There was a wild chase, a leap onto the rear quarters of the zebra, a piteous scream, a raking claw across the windpipe. The handsome animal rolled in the dust, the lions holding fast.

Gumsto, watching every movement in the attack, muttered, "That''s what happens when you leave the clan."

He remained immobile as seven other lions moved in to share the kill, attended by a score of hyenas who would wait for the bones, which they would crush with their enormous jaws to salvage the marrow. Aloft, a flight of vultures gathered for their share when the others were gone, and as these predators and scavengers went about their business, Gumsto proceeded with his.

His immediate responsibility was to feed his clan, and this day he would mount an attack on that rhinoceros, kill it or be killed by it, then gorge his people with one gigantic meal and move them off to some better site. As he reached these basic decisions, his small brown face was wreathed in a contented smile, for he was an optimist: There will be a better location.

Leaving the dying lake, he went to the living area of his clan, which consisted of absolutely nothing except a halting place beneath low trees. The terrain of each family was outlined by sticks and a few piled rocks, but there were no huts, no walls, no lean-tos, no paths, no shelter except grass rudely thrown across a framework of interlocked saplings. And each family''s area contained only enough space for members to lie in hollows scooped out for their hips. The few possessions had been meticulously selected during centuries of wandering and were essential and tenderly prized: loincloths and skin cloaks for all, bows and arrows for the men, body powders and small adornments for the women.

Gumsto''s family kept its shelter at the base of a tree, and when he had taken his position with his back against the trunk, he announced firmly, "Antelope are leaving. Water too foul to drink. We must leave."

Instantly old Kharu leaped to her feet and started striding about the small area, and since each of the other stick-lined habitations was close, everyone could hear her grumbling protests: "We need more ostrich eggs. We dare not leave before Gao has killed his antelope." On and on she ranted, a harridan of thirty-two with a horribly wrinkled face and a complaining voice. She was only four feet seven, but she exerted great influence, and when her tirade ended she threw herself upon the ground not eight inches from her husband and cried, "It would be madness to leave."

Gumsto, gratified that her complaint had been so moderate, turned his attention to the men in the other areas, and they, too, were so close that he could address them from his tree: "Let us kill that rhinoceros, feed ourselves, and start for the new waters."

"Where will we find them?"

Gumsto shrugged and pointed to the horizon.

"We know the desert continues for many nights," a fearful man said. "We''ve seen that."

"Others have crossed it," Gumsto said quickly. "We know that, too."

"But beyond? What then?"

The imprecision of his answers alarmed him as well as the others, and he might have drawn back from this great venture had he not chanced to see Naoka lolling in the dust behind the thin line of sticks that marked her quarters. She was a marvelous girl, smooth of skin and decked with beads cut from the thick shell of the ostrich egg. Her face radiated the joy of a fine young animal, and obviously she wanted a husband to replace the one the rhinoceros had killed. Aware that Gumsto was staring at her in his hungry way, she smiled and nodded slightly as if to say, "Let''s go." And he nodded back as if to reply, "What delight to share the dangers with you."

It was remarkable that a girl as nubile as Naoka was available for a new marriage; a clan might operate together for thirty years without such an accident, because it was the custom of this tribe for a girl to marry when she was seven and her husband nineteen or twenty, for then trouble was avoided. It was a fine system, for the husband could rear his wife in ways he preferred; when she entered puberty to become a real wife, she would be properly disciplined, knowing what things angered or pleased her man. And he, having been forced to practice restraint while his wife was still a child--ostracism if he molested her sexually prior to her second period--acquired that self-control without which no man could ever become a good huntsman.

There were weaknesses in the system. Since the husband had to be much older than the wife, there was in any group a surplus of old widows whose men had died at the hunt or been killed by falls when searching tall trees for honey. These elderly women were welcome to stay with the band as long as they could function; when they could no longer chew or keep up with the march, they would be placed in the shade of some bush, given a bone with meat clinging to it, and one ostrich egg, and there they died in dignity as the clan moved on. 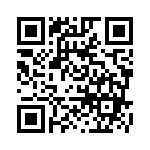