Paul H. Carlson is professor of history at Texas Tech University. He has published many articles and several books, including Deep Time and the Texas High Plains (Texas Tech 2005). 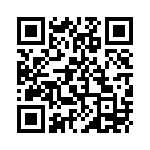