This is a beautiful antique e-book.

John Keats (1921 - November 3, 2000) was an American writer and biographer. Born in Moultrie, Georgia, he attended the University of Michigan and the University of Pennsylvania before serving in the Army Air Corps in the Pacific during World War II. In the 1950s he worked for the Washington Daily News and debuted as an author in 1956 with The Crack in the Picture Window. He also wrote numerous magazine articles, which led to non-fiction books and biographies. From 1974 to 1990 Keats taught magazine writing at Syracuse University. He died in Kingston, Ontario, Canada in 2000 at the age of 79. 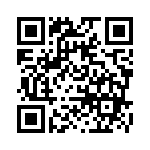