Jonathan L. Pearl was educated at Lawrence College in Wisconsin and Northwestern University and has taught at the University of Toronto since 1969. He has published numerous articles on religious and intellectual history and in 1995, with R.A. Scott, published the first English-language edition of Jean Bodin’s On the Demon-Mania of Witches. 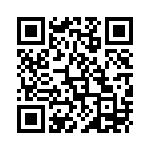