I really really liked this one! Movie was amazing too! Read full review

This actually turned out to be a pretty interesting story. I was really surprised, and I couldn't wait to see how it ended. I think Arthur Miller did a really good job trying to convey his message to ... Read full review

Christopher Bigsby is professor of American Studies at the University of East Anglia. He edited the Penguin Classics editions of Miller's The Crucible, Death of a Salesman, and All My Sons. 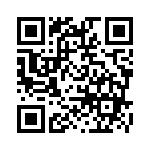