Piero Gleijeses is Professor of American Foreign Policy in the School of Advanced International Studies at Johns Hopkins University. He is the author of many books on the subject of Latin America, including Politics and Culture in Guatemala, Shattered Hope: The Guatemalan Revolution and the United States, and Conflicting Missions: Havana, Washington and Africa, 1959–1976. 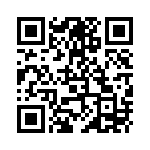