I don't know that I can do a review of this book that will do it justice, so, instead, I'll simply state two things it did for me. The first is, it truly scared the living shit out of me with the ... Read full review

The internet can be a wonderful thing, Full of facts, fun and cats. But all that glitters is not necessarily gold, and this is so very true with the internet. Bartlett has decided to scratch the ... Read full review

Jamie Bartlett is the Head of the Violence and Extremism Programme and the Centre for the Analysis of Social Media at the think-tank Demos, where he has written extensively about radical political parties and movements and how the internet is changing society. Jamie holds Masters Degrees from the London School of Economics and the University of Oxford. 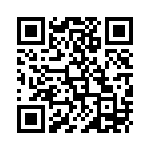