Omar Ashour is a Lecturer in Politics in the Institute of Arab and Islamic Studies, University of Exeter. He has a PhD in International Relations from McGill University in Canada. 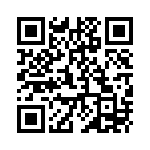