I'm in agreement with everything so far and I'm sure the rest of the book is fine, but it's rather drawn out and, in another reviewer's phrase, "easy to put down". Read full review

It took me a long time to read this book but at no time did I feel like stopping. It's just that I had to take my time to digest all the important messages Jacobs gave in the book and then think about ... Read full review

Jane Jacobs was the legendary author of The Death and Life of Great American Cities, a work that has never gone out of print and that has transformed the disciplines of urban planning and city architecture. Her other major works include The Economy of Cities, Systems of Survival, The Nature of Economies and Dark Age Ahead. She died in 2006. 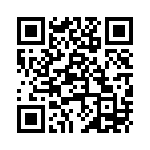