Death of Bunny Munro by Nick Cave I like Nick Cave's music so I naturally came to this with some pre-conceptions. I liked it but not as much as I wanted to.The thing I liked was how seedy it all was ... Read full review

The excessive perversion of the main character Bunny Munro is at times tiring and mostly unsettling. If not for the story of Bunny's son, Bunny Munro Jr., to counterbalance the storyline of the father ... Read full review

Nick Cave—the lead singer of The Birthday Party, The Bad Seeds and Grinderman—has been described as ‘beyond comparison, beyond genre, beyond dispute.’ A rock legend, Cave has been performing for more than thirty years and has collaborated with Kylie Minogue, PJ Harvey and many others. His debut novel And the Ass Saw the Angel was published in 1989. 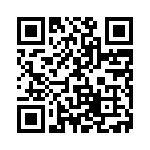