Giovanni Boccaccio (1313-1375) was born in Florence, Italy. His life thus coincided with the flowering of the early Renaissance, and indeed his closest friend was Petrarch, the other towering literary figure of the period. During his lifetime, Boccaccio was a diplomat, businessman, and international traveler, as well as the creator of numerous works of prose and poetry. Of his achievements, The Decameron, completed sometime between 1350 and 1352, remains his lasting contribution to world literature, immensely popular from its original appearance to the present day.

G. H. McWilliam, a former Fellow of Trinity College, Dublin, was Professor Emeritus of Italian in the University of Leicester. He translated plays by Italo Svevo, Pirandello, and Betti, as well as poems by Salvatore Quasimodo, and was awarded the Italian government's silver medal for services to Italian culture. He died in 2001. 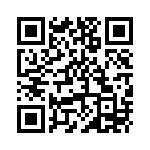