Tucker Max was born September 27, 1975 in Atlanta, Ga. He attended Lafayette High School before transferring and graduating from New Jersey's Blair Academy in 1995. Three years later he completed a B.A. in Law, Letters and Society at the University of Chicago, graduating with honors in 1998. Max attended Duke Law School on an academic scholarship, where he received a J.D. in 2001.[19] He was a summer associate at Fenwick & West. He began his career by publishing The Definitive Book of Pick-Up Lines (2001), which he followed up by Belligerence and Debauchery: The Tucker Max Stories. Max was the facilitator of the website "Tard Blog", from 2002- 2003. Max's book I Hope They Serve Beer in Hell became a New York Times #1 bestseller and has made the Best Seller List each year from 2006 to 2011. It has sold over one million copies worldwide, including 400,000 copies in 2009 alone. He is also the founder of the now defunct Rudius Media, an Internet-based publishing outlet and management firm. His book was subsequently made into a feature film of the same title. In September 2010 he released his book entitled Assholes Finish First which made Publisher's Weekly Best Seller List in 2011. 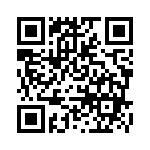