Brian "Bex" Huff has worked at Stellent for seven years, and is a generally acknowledged guru on the Content Server. He's worn many hats in the company, including that of architect, designer, and developer, and he has performed training, documentation, and consulting. Brian is a moderator and frequent contributor to the intradoc_users Yahoo group for Stellent users. 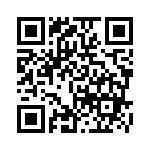