As erudite as it is inconsequential. As expected from a media critic. Writing this book was possibly therapy for the author. I don't have anything against his sentiments but stories are just stories ... Read full review

Michael Walsh is a journalist, author, and screenwriter, whose work includes six novels, seven works of nonfiction, and a hit Disney movie. The former classical music critic of Time magazine, he is now a regular contributor of political and cultural commentary to PJ Media and National Review, and an occasional op-ed columnist for the New York Post. Among his awards are the ASCAP-Deems Taylor Award for distinguished music criticism, in 1979, and the American Books Awards prize for fiction for his gangster novel, And All the Saints, in 2004. 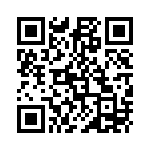