John Warden spent the war years in Malaya and India. He studied Chemistry at Oxford and worked in Tanzania, later becoming a Patent Agent in London and Canada. During that time, he founded, and for five years was the Editor-in-Chief of, the Annual of Industrial Property Law (Shepheard-Walwyn, 1975). After retiring early, he studied at the C.G. Jung Institute in Switzerland for two years. There he applied his extensive knowledge of the chemistry of living matter to the important subject of symbolism in Eastern and Western thought and Jungian psychology. He is a Fellow of the Royal Society of Chemistry and lives near Oxford. 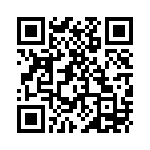