I bought these diaries at the Village Book Store in the Emory Village in 1977. I am glad I did, because they would probably have burned with the store burned. As a diarist myself there is so much here ... Read full review

The Diary of Anais Nin

The book encompases Anais early ideas and lively anecdotes in a very entertaining medium.When you read her work is like you are part of her thoughts she truly understood the duality that exists inside ... Read full review

Ana-s Nin (1903-1977) was born in Paris and aspired at an early age to be a writer. An influential artist and thinker, she was the author of several novels, short stories, critical studies, a collection of essays, two volumes of erotica, and nine published volumes of her Diary. 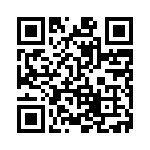