John Lackie has worked both in academia, as Senior Lecturer in Cell Biology at Glasgow University, and in the pharmaceutical industry, as Director of Yamanouchi’s UK Institute in Oxford. Subsequently he became Principal at Westlakes Research Institute and now runs a scientific consultancy from his home in Cumbria. 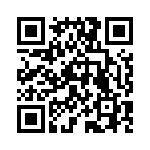