A re-read of the wonderful Folio version after reading the original thirty years ago. At the time it was a clarion call of decisions to preserve the natural world as we knew it. Now it reads more like ... Read full review

It has been a good while since I read this book, a must read in any naturalist's study, and there are many reviews that give the potential reader an idea of its content. Thus here, I'm only opining ... Read full review

He was born in Birmingham, Alabama, in 1929. He is currently Pellegrino University Research Professor & Honorary Curator in Entomology of the Museum of Comparative Zoology at Harvard. He is on the Board of Directors of the Nature Conservancy, Conservation International & the American Museum of Natural History. He lives in Lexington, Massachusetts.

Amy Bartlett Wright is a Rhode Island illustrator of nature books. She has contributed to the Peterson Field Guide series and her illustrations have been exhibited at the Smithsonian's Ripley Center. 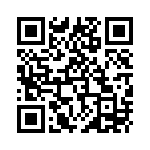