This man lies in the first six pages of this book. The first successful black fraternity was called sigma pi phi.

This book is very informative and I enjoy ordering from Overstock.com bc I receive my products quickly and packaged nicely. Read full review 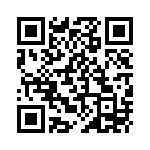