Gunther B. Paulien, Ph.D., received his B.A. from Union College in Lincoln, Nebraska, with a major in Physics and minors in Chemistry and Mathematics. He then went on to receive his M.A. from Columbia University in Administration of Higher Education, and later, from the University of Texas, he received his Ph.D. in Educational Philosophy. He taught Psychology and Education at Union College and Science, Mathematics and Philosophy at the University of Nebraska at Lincoln. 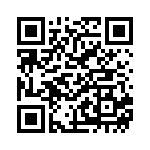