Rod Humphries has written sports books and television documentaries in the United States and Australia. He wrote a popular column on purebred dogs in Australia, and has written countless articles on the Doberman in the United States. He has done important research on the evolution of the breed, and has presented national seminars on Doberman breeding. He is a long-time columnist for The Doberman Quarterly. While sports have been Rod's life, Dobermans have been his lifelong passion. His real love is breeding, which he views as a creative art form, and he has bred many Champions and obedience titleholders under the Bikila kennel name.

Joanna Walker was born and raised in England, and came to the United States in 1947 to marry Keith Walker, an American serviceman. Keith and Joanna bred and showed Dobermans for 45 years under the kennel name of Marks-Tey Dobermans, producing many Champions. Keith was an all-breed handler at the time. In 1982 Joanna's dream of providing Dobermans good enough to be guide dogs for the blind came true, as she saw the blind owner of her first Pilot Dog come up the Walkers' driveway. For the past 17 years Joanna has bred, recruited and trained Dobermans that she could donate to Pilot Dogs. All of Joanna's royalties for this book will be donated to Pilot Dogs for the care and training of Doberman Pinscher guide dogs for the blind. Joanna is also the author of The New Doberman Pinscher (Howell Book House) and writes the Pilot Dog column for The Doberman Quarterly. 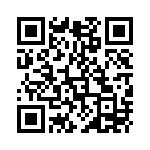