K.A. Liinde is a full-time author who attended the University of Georgia and graduated with a Master's in political science. She is a USA Today bestselling author of the Avoiding Series. She has also written more than tweny other novels. Her titles include: The Affiliate, The Bound, The Consort, and Avoiding Intimacy. The Wright Boss made the IBooks Best Seller List in 2017. 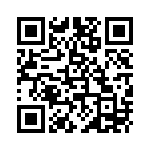