Frank Dauster is professor of Spanish at Rutgers University. This is his third book on Mexican poetry. 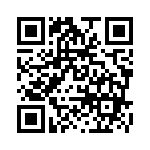