I can suspend my belief until the cows come home -but this plot went beyond my abilities. If I can not suspend my belief then I cannot enjoy the book...period! It is too bad because I was really ... Read full review

A fun, engaging, deception starts with one sister phoning her twin to persuade her to help her during a pre-wedding week at her prospective in-laws. Upon arrival, the in-laws mistake the sister for ... Read full review

New York Times and USA Today bestselling author Ginny Baird writes heartwarming contemporary romance. She’s published more than twenty-five novels and novellas, both independently and with traditional publishers, and is a member of Romance Writers of America and Novelists, Inc. When she’s not writing, Ginny enjoys cooking, biking, and taking long walks in the woods with her Labrador retriever. She lives with her own personal hero in Virginia, where the couple has created a welcoming nest for their blended family of six children and significant others. Ginny invites you to visit her website to learn more about her and her books: www.ginnybairdromance.com. 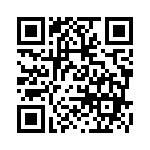