This book was excellent! Reed and Raschke were objective and concise in their explanation of what the ETIM is. I would recommend to anyone who is at all curious about the goings-on of this organization in Xinjiang, the impact of the war on terrorism of those unaffiliated with this organization, or those just longing to expand their knowledge about the Uyghur population.

J. Todd Reed is a program manager for Advanced Analytics at BAE Systems in the Washington, D.C. area.

Diana Raschke is a deputy project manager at The Analysis Corporation (TAC) in the Washington, D.C. area. 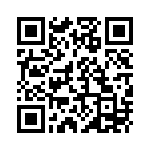