Well enough for a mid-20th century book for boys and those interested in Roman Britain. A young man's quest north of Hadrian's wall with his slave turned companion. The close relationship between ex ... Read full review

Great to read this classic again after many years. The story of Marcus Aquila and his quest to resurrect the lost 9th Legion Hispana is beautifully written, thoughtful and sympathetic, with honest ... Read full review

Rosemary Sutcliff, December 14, 1920 - July 23, 1992 Rosemary Sutcliff was on December 14, 1920 in East Clandon in Surrey. Her father was in the Navy and her mother was a homemaker. As a child she had Stills Disease, a form of juvenile arthritis. The effect of this led to many stays in hospital for painful remedial operations. Due to her fathers postings she moved frequently, living in Malta, Streatham, London, Chatham Dockyard, Sheerness Dockyard and North Devon. Sutcliff did not learn to read until the age of nine. Sutcliff ended her formal education at fourteen, and went to Bideford Art School. She passed the City and Guilds examination, and was advised to make the painting of miniatures her profession. Around the middle of the War, Sutcliff got an urge to write. She felt cramped by the small canvas of miniature painting, and so turned to writing. The first story she could remember writing was "Wild Sunrise," a story about a British chieftain faced with the invasion of the Romans. Not long after the end of the War, Sutcliff wrote a re-telling of Celtic and Saxon legends which she showed to an old friend. He sent them to Oxford University Press (OUP). Although they rejected the manuscript, they requested that she write a version of the Robin Hood Story. Sutcliff finished "The Chronicles of Robin Hood" and sent it to the publishing company. It took eighteen months for the manuscript to be returned to her, during which time she wrote "The Queen Elizabeth Story" and sent it on to OUP as well. It was accepted, and the two books were eventually published in the same year, 1950. Sutcliff wrote her autobiography "Blue Remembered Hills" and often thought of writing another volume of it as she grew older. Her mother died during the 1960s, and Sutcliff and her father moved to Sussex. Despite being increasingly disabled, she travelled abroad and visited Greece. Her father died in the early 1980s. Sutcliff was writing the morning that she died on July 23, 1992. She had completed the second draft of a novel published in 1997 as "Sword Song," with two more works waiting to be published. 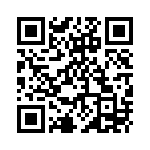