So, while it's true that this is kind of a dry monograph, that's almost a virtue, as the author gives you the schematics of how the Qin dynasty differed from the Zhou and the Warring States that ... Read full review

I have never felt so much the dirty, smelly Westerner that I am as while I was reading the opening chapters of this book. While my ancestors were eating chestnuts, probably raw, and fighting a rear ... Read full review 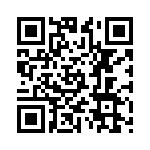