C.L. Charlesworth was a closet writer. Her collections of short stories, prior completed novels, “The Family Band”, “The Last Merry-Go-Round” and recently finished project, “The Ears That Have Eyes” were tucked away in boxes. The death of her parents and several close friends made life apparent; it was too short to be afraid of failure. An Ohio native, C.L. attended UCLA, traveled to Europe, and settled in the Northwest.

She is drawn to vivid fiction with flawed characters that have provoked more gossip than a preacher has sermons---but their courage blossomed into a beautiful garden. Friendships formed from the Willamette Writers Association, empowered C. L. to bring to fruition her novels, eight other story outlines, and the collaboration of a television drama treatment. C.L.’s survival kit would include a sense of humor, good friends, good conversation, good food, and good wine. Finally, she’d tell anyone with a dream --- don’t settle for an ordinary life, when you can live an extraordinary one. 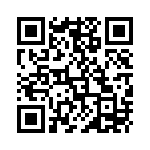