Journalist William Harold Greider caught public attention in 1981 with an article he wrote for the Atlantic Monthly entitled The Education of David Stockman, about the initiation of then President Reagan's new director of the Office of Management and Budget. Greider documented Stockman's decline from optimism as he struggled to balance the federal budget while accommodating the president's fiscal plan to reduce income taxes and increase defense spending, which became known as "Reaganomics." Its depth of political analysis won Greider several awards. In 1982 the article was included in a book, The Education of David Stockman and Other Americans. William Harold Greider was born in 1936 and graduated from Princeton University in 1958. He is a columnist and the national affairs editor for Rolling Stone magazine. He has also written the books Secrets of the Temple: How the Federal Reserve Runs the Country (1988), The Trouble with Money: A Prescription for America's Financial Fever (1989), and Who Will Tell the People: The Betrayal of American Democracy (1992). 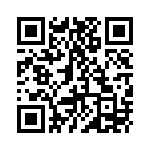