Bernhard Hennen was born in Krefeld, Germany. He studied archaeology, history, and German studies at Cologne University, and he traveled extensively while working as a journalist. With Wolfgang Hohlbein, Hennen published his first novel, Das Jahr des Greifen, in 1994. Since then, his name has appeared on dozens of historical and fantasy novels as well as numerous short stories. Hennen has also developed the storyline for a computer game, and he has worked as a swordsman for hire in medieval shows and as a Santa Claus mercenary. In 2000, the author returned to the city of his birth and lives there with his wife and children.

James A. Sullivan was born in 1974 in West Point, New York, and grew up in Germany. During his studies in Cologne, he, together with Bernhard Hennen, became involved in the adventure of writing The Elven. He continues this work, following Nuramon in a novel focused on the tragic fate of one of the most popular figures of German fantasy. 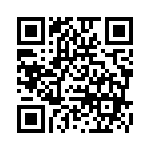