Kevin Phillips is a writer and political commentator. He is the author of fifteen books, including, most recently, 1775, Bad Money, American Theocracy, and American Dynasty. 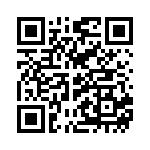