Samuel N.C. Lieu read History at Cambridge and took his doctorate in Ancient and Oriental History at Oxford. From 1974-76 he was Junior Research Fellow at Wolfson College, Oxford, and was then appointed Lecturer in Classical Civilization at Warwick University where he was promoted to SeniorLecturer in Ancient History in 1989. He is a Fellow of the Royal Historical and Royal Asiatic Societies, and of the Society of Antiquaries, and is the author of The Religion of Light (Hong Kong, 1979) and Manichaeism in the Later Roman Empire and Medieval China, A Historical Survey (Manchester,1985). 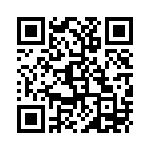