This book was published in 1995 so it does not compare the damage to the Empire State Building by the bomber crash into it in July 1945 to the horrendous events of September 11. Till the World Trade ... Read full review

The Empire State Building: the making of a landmark

John Tauranac writes on New York's architectural history, he teaches and lectures on the subject, he gives tours of the city, and he is a mapmaker. In 1997, he was the guest curator of A Dream Well Planned: The Empire State Building at the Museum of the City of New York. His books include New York from the Air, Elegant New York, Essential New York, and Seeing New York. He has contributed to the New York Times, the New York Observer, New York Newsday, New York Magazine, Travel & Leisure, Seaport, Avenue Magazine, and other publications. Tauranac is an adjunct associate professor at NYU’s School of Continuing and Professional Studies. 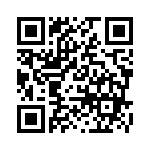