Didier Fassin, one of France's leading social anthropologists and a physician in internal medicine, is the James D. Wolfensohn Professor in the School of Social Science at the Institute for Advanced Study in Princeton. Richard Rechtman, a psychiatrist and anthropologist, is medical director of the Institut Marcel Rivičre in France. Both are members of the Interdisciplinary Research Institute on Social Issues (IRIS). 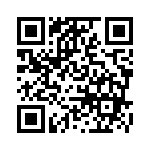