Kevin P. Gallagher is Assistant Professor of International Relations at Boston University and Senior Researcher at the Global Development and Environment Institute at Tufts University. He is the author of Free Trade and the Environment: Mexico, NAFTA, and Beyond and other books.

Lyuba Zarsky is Associate Professor of International Environmental Policy at the Monterey Institute for International Studies and Senior Research Fellow at the Global Development and Environment Institute, Tufts University. She is a contributing editor of Investment for Sustainable Development: Balancing Rights and Rewards. 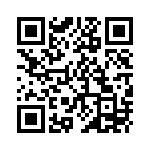