Daniel Cohen was born Daniel Edward Reba in Chicago, Illinois on March 12, 1936. He received a bachelor's degree in journalism from the University of Illinois. He worked at Time magazine and Science Digest before he began writing books. His books for children and teenagers dealt with ghosts, U.F.O.s, the occult, ESP, vampires, werewolves, conspiracies, cloning, weather, and the human genome. He also wrote biographies of the astronomer Carl Sagan and Jesse Ventura. His only child, Theodora Cohen, was killed in the December 21, 1988 bombing of Pan Am Flight 103. He and his wife Susan Cohen exhaustively sought justice for their daughter and the 269 other victims of the bombing. They wrote several books together including When Someone You Know Is Gay and Pan Am 103: The Bombing, the Betrayals, and a Bereaved Family's Search for Justice. He died from sepsis on May 6, 2018 at the age of 82. 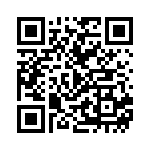