Hello, where can I find current info from Dr. Dale Bredesen? The info I have is dated 8/2017. I believe the current research would be more helpful to me and my 5 sisters. Some of us are, however, using the info we have at this time.
I will check out the advanced book search I see belo.
Thank you very much, it is all much appreciated!

Dale Bredesen, M.D., is internationally recognized as an expert in the mechanisms of neurodegenerative diseases such as Alzheimer’s disease. He graduated from Caltech, then earned his M.D. from Duke University Medical Center in Durham, North Carolina. He served as chief resident in neurology at the University of California, San Francisco (UCSF) before joining Nobel laureate Stanley Prusiner’s laboratory at UCSF as an NIH postdoctoral fellow. He held faculty positions at UCSF, UCLA, and the University of California, San Diego. Dr. Bredesen directed the Program on Aging at the Burnham Institute before coming to the Buck Institute in 1998 as its founding president and CEO. He is the chief medical officer of MPI Cognition. 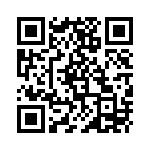