Francis Wade is a freelance journalist. His work has appeared in the Guardian, Al Jazeera English, Asia Times Online, Foreign Policy, and Los Angeles Review of Books. He previously worked as an editor and reporter for the Democratic Voice of Burma, an exiled Burmese news organization based in Thailand. 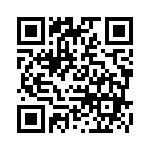