Larry Schweikart was born in Mesa, Arizona on April 21, 1951. He received a B.A. in political science in 1972 and an M.A. in history in 1980 from Arizona State University and a Ph.D. in history from the University of California, Santa Barbara in 1984. He taught for one year at the University of Wisconsin before taking a position at the University of Dayton, where he still teaches. He has written more than 20 books on national defense, business, and financial history. His works include The Entrepreneurial Adventure; A Patriot's History of the United States: From Columbus's Great Discovery to the War on Terror; America's Victories: Why the U.S. Wins Wars and Will Win the War on Terror; and 48 Liberal Lies About American History: (That You Probably Learned in School). 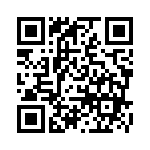