I had the book for a class, a really good book.

Judith A. Layzer was professor of environmental policy in the Department of Urban Studies and Planning at the Massachusetts Institute of Technology (MIT) until her death in 2015. She earned a Ph.D. in political science at MIT. After four years at Middlebury College in Vermont she returned to MIT, where she taught courses in science and politics in environmental policymaking, ecosystem-based management, food systems and the environment, urban sustainability, energy and environmental politics, and public policy.

Layzer was an athlete as well as a scholar. In addition to having finished five Boston marathons, she shared nine national championship titles and one world championship trophy with her teammates on Lady Godiva, formerly Boston’s premier women’s Ultimate Frisbee team. 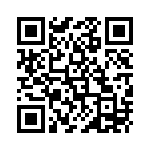