I really liked this book. Though I did not completely agree with all of his rules ( I think the Doritos one is kind of stupid) , I did like a great many of them. He makes the reading fun and really ... Read full review

I think that his success isn't easily duplicated or copied by anyone else, as his success seems to come from his charisma & dedication, along with his particular circumstances. This book wasn't really that helpful, but of course he is an amazing teacher. Read full review

Ron Clark is the New York Times bestselling author of The Essential 55, which has sold more than one million copies in the U.S. and has been published in twenty-five different languages. He has been named "American Teacher of the Year" by Disney and Oprah Winfrey's first "Phenomenal Man." He founded The Ron Clark Academy in Atlanta, Georgia, which tens of thousands of educators from around the world have visited to learn about the extraordinary ways that teachers and parents of RCA have helped children achieve great success. 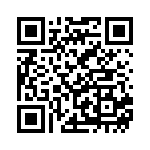