DOROTHY E. SMITH is Professor in Sociology at OISE/UT. She is the author of The Everyday World as Problematic: A Feminist Sociology (UTP 1988) and The Conceptual Practices of Power (UTP 1990) 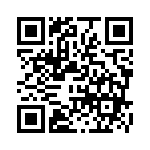