A fascinating account of how Jeff Bezos conceived the idea of a universal bookstore, and then developed it into an 'anything, anytime' online store for a whole range of products, from books and music ... Read full review

I found this book to be fascinating. I read it slowly to savor it. It was truly delicious. I'm fascinated by the inner workings of Amazon and this book just fed my fascination. I've long been a ... Read full review

Brad Stone is senior executive editor of global technology at Bloomberg News and the author of the New York Times bestseller The Everything Store: Jeff Bezos and the Age of Amazon, which won the Financial Times and Goldman Sachs Business Book of the Year Award in 2013. He has covered Silicon Valley for more than fifteen years and lives in San Francisco. 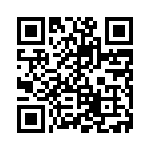