Review: The Fear of Insignificance: Searching for Meaning in the Twenty-first Century

" " Carlo is a Swiss-Israeli psychologist, philosopher and existential psychoanalyst; he writes for several newspapers and lectures clinical psychology at Telaviv university.He's got a very own life ... Read full review

Carlo Strenger is Chair of the Clinical Graduate Program of the Department of Psychology at Tel Aviv University. He serves on the Permanent Monitoring Panel on Terrorism of the World Federation of Scientists, the Seminar of Existential Psychoanalysis in Zurich, and the Scientific Board of the Sigmund Freud Foundation in Vienna, in addition to maintaining a part-time practice in existential psychoanalysis. Strenger's research focuses on the impact of globalization on identity and meaning. He has published five books, including The Designed Self. His work has been reported on and he has been interviewed by The Wall Street Journal, Washington Post, and Time Magazine, as well as hundreds of newspapers and websites in more than twenty languages. Strenger is an outspoken defender of Classical Liberalism, a critic of deteriorating norms in the public domain, and an advocate of a sane and just solution of the Israeli-Palestinian conflict. He blogs on the Huffington Post and Haaretz, Israel's leading liberal newspaper, and writes regularly for Haaretz, The Guardian, Die Welt, and The New York Times. 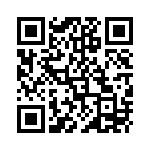