Since completing his doctorate at Oxford University, Robert Bruce Ware has conducted field work in the North Caucasus, contributing numerous articles on the region. He is the co-author of Dagestan: Russian Hegemony and Islamic Resistance in the North Caucascus. His publications on philosophical issues include his book on Hegel. His popular commentaries have appeared in major publications around the world. He serves as a Professor of Philosophy at Southern Illinois University Edwardsville, USA. 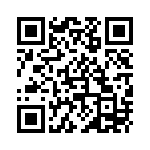