The First Fleet: The Real Story is a companion volume to Alan Frostżs earlier book, Botany Bay: The Real Story. It deals with the same subject as David Hillżs 1788, but unlike Hill, Frost is an ... Read full review 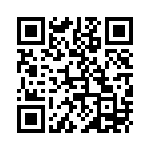