THE FIRST FOSSIL HUNTERS: Paleontology in Greek and Roman Times

Scientific paleontology began in the 19th century, but the ever-curious Greeks were well aware of fossils. Here's a clear account of what they knew about them—and what they made of the strange bones ... Read full review

This was a really cool book. The author examined various Greek and Roman myths to look for a fossil-based explanation. For example, Mayor takes the gigantic bones worshipped by the Greeks as those of ... Read full review

Adrienne Mayor, a classical folklorist, investigates the historical and scientific realities embedded in Greek and Roman myths. Her articles on ancient natural history have appeared in many scholarly and popular journals. She divides her time between Princeton, New Jersey, and Bozeman, Montana. 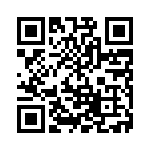